Internment Camp for the Enemies of the Slovak State

Shortly after the establishment of the independent state, on 24 March 1939, the government issued an order for "internment of the enemies of the Slovak State". Everyone who could be "an obstacle to building the new state" was considered an enemy. This mostly meant political opponents - functionaries of the dissolved and banned political parties but also old populists that were not happy with new direction of the party, former Czechoslovak legionaries and also everyone who dared to criticise the state, its representatives or allies in public.

The internment in Ilava, where the camp was set up in an old prison, was not ordered by a court of law but by the Ministry of Interior. By bypassing the judicial system, there was no need to prove the prisoners guilty, give them any reason for their imprisonment or allow them to appeal. Between 1939 and 1944, approximately 2,500 to 3,000 people were interned in Ilava. 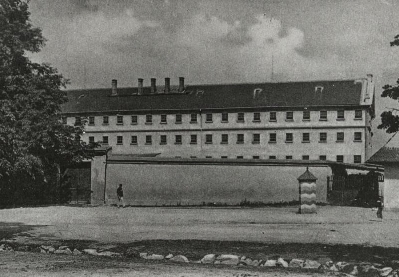