Lutheran pastor, poet and historian Samuel Tomášik wrote the anthem by the name Hey, Slovaks! back in 1834, when he became outraged that German was more commonly heard in the streets of Prague than Czech. We know this song mainly as the official anthem of the Slovak State (1939 - 1945). Besides the fact that it was inspired by the ratio of Czech and German and its melody by Polish music, it also became an anthem in Yugoslavia, Serbia or Montenegro.

Hey, Slovaks, there still lives
the Slovak language
While for the nations beats the heart
of their sons!

There lives, there lives the Slovak spirit,
It will live for ages!
In vain threatens the abyss of Hell
Against us are all the rage!

God entrusted to us our language
Our almighty god.
Therefore, it must not be snatched,
By anyone in the world!

So many people,
So many devils in the world
God is with us: who is against us
Him sweep away!

Let now everything above us
Be blown away by the storm.
The stone cracks, the oak breaks,
Let the earth quake!

We stand firm
like the cliffs,
Black earth damned
Whom betray treacherously! 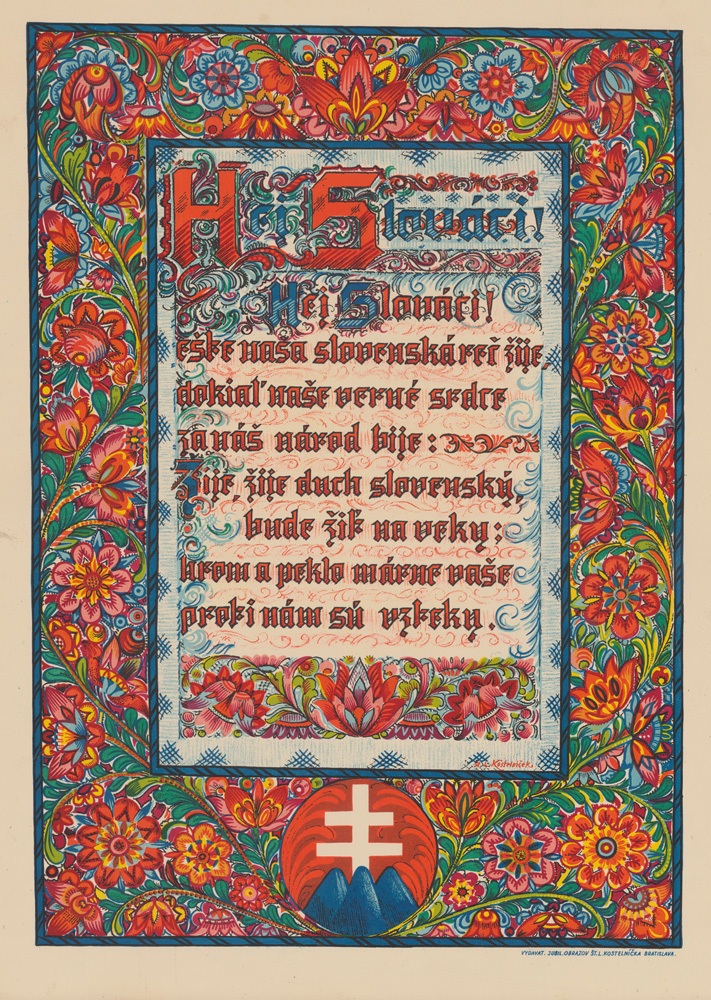