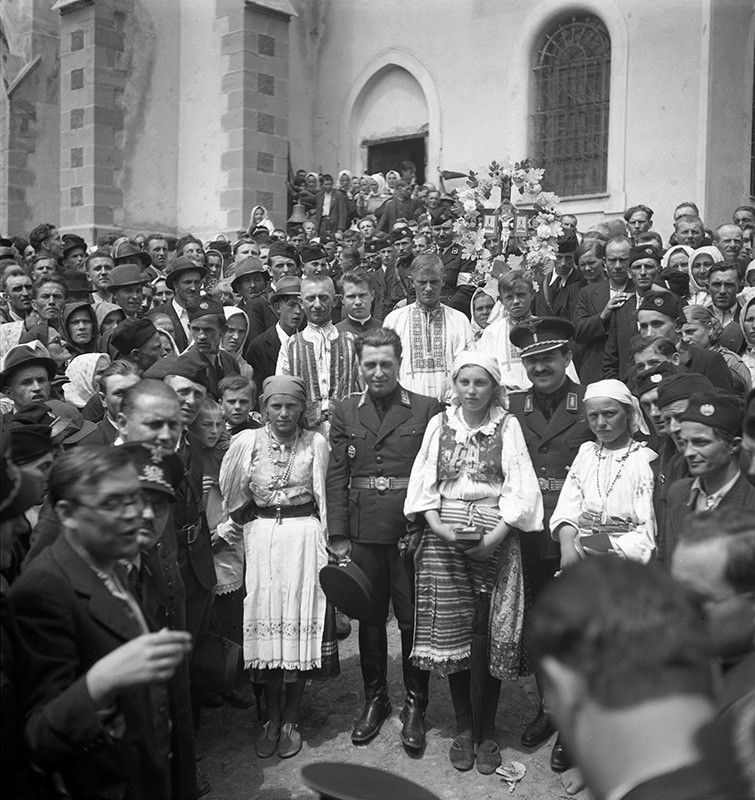 Alexander (Šaňo) Mach studied theology, but he never ordained. During his time at the HSPP, his ideas became increasingly more radicalised and by the time Autumn of 1938 came, he was one of the strongest supporters of Slovak independence. Together with his "mentor" Vojtech Tuka, he was one of the leaders of the radical wing of the party. Besides his political career, he was also a successful party journalist. He became the head of the Propaganda Office, which was in charge of press and its censorship. During his regular speeches, he demanded radical action against the Jews and the Czech living in Slovakia.

It Mach who would soon announce the independence of Slovakia in a radio broadcast, and he would also become the Commander of the Hlinka Guard. His anti-Semitic rhetoric and actions were infamous, as we can see in the contemporary saying: "From Žilina train is going, Šano Mach sitting on it. All Jews are running away, fearing for their lives."